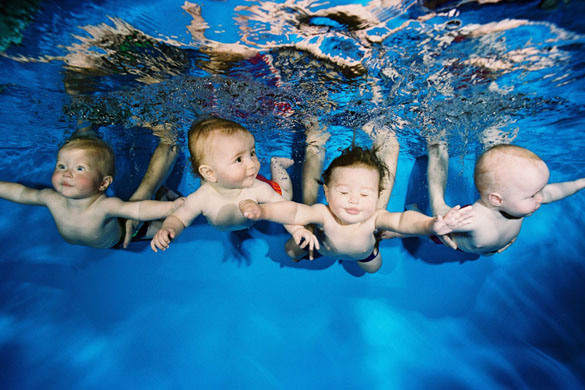 There are many misconceptions when it comes to water births at home. The process of a water birth is often seen as a recent trend, but, did you know, the practice has actually been around for at least two centuries? In medical history books, the first recorded water birth was in the early 1800s in France and almost 150 years later you will find a good amount of literature on serious research on water births as an alternate method of childbirth in the former Soviet Union.

It has been suggested (and some sources have quoted this as fact) that the prolonged stay in warm water makes the tissues more supple thereby reducing the risk of trauma to the birth canal and pelvic floor. It is supposed to reduce the likelihood of needing an episiotomy or sustaining a tear during the birth. Statistics show that it does not in fact make any difference in this regard. There is also the claim that water birth reduces intervention in the form of instrumental delivery (ventouse or forceps) and even emergency caesarean section. Again, statistics do not support this claim. Rates of intervention are similar to conventional birth and indications for the interventions are the same. However, for some women the warm water can help them to relax and feel more comfortable during labour, making them at ease. 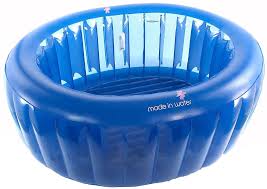 Water birth is not for everybody. In general, it should only be considered where the pregnancy is classified as being low-risk. As it happens, most pregnancies are classified as such (low risk) so using a birth pool has no risks. There are situations which make water birth unsuitable such as:

If the water birth is to take place in one’s home, preparations should be in place and ready for the big day well in advance. When the labour starts, the expectant mother should take a shower to get ready for getting into the birthing pool. Make sure you choose a birth pool which is large enough for your needs so you can feel as relaxed as possible during labour. It is important to ensure the temperature of the water is right; neither too hot nor too cold. When the water is too hot, it will quickly cause exhaustion. If it is just lukewarm, it will soon feel uncomfortable, thereby depriving the woman the most important advantage of the water; the soothing effect. Purpose-built birth pools in hospitals and those available for hire do not have this problem since the water temperature is thermostatically controlled in a narrow ideal temperature range.